In Loving Memory of

It is with great sadness that we announce the loss of our beloved Dr. Alan Pittle (Dr. Charles Pittle's father).

Alan William Pittle passed away peacefully on May 27th at the age of 74 in his home in El Paso, Texas. When he passed, he was surrounded by his loving family including his wife and unquestionable soulmate of 52 years, Miriam.

Alan quickly opened his private practice and would serve the people of El Paso for nearly 45 years. Known for his humility and even temperament, Alan worked with Miriam to create a warm and comfortable practice that would grow to one of the most successful in the state of Texas.

Family was always central to Alan’s motivation and after the birth of two sons, Alan and Miriam would adopt two more daughters and one more son. He loved to travel and made it his priority that his family would share his love of travel. Even after his family grew with the addition of 11 grandchildren, Alan insisted that family travel was crucial and would bring the entire family to Hawaii for an annual trip.

In his personal time, he was an avid runner and eventually turned to crossfit, often reminding his friends and family that he was the oldest guy in the gym at @GetLiftedCollective. He loved the outdoors and never said no to a hike or a quick camping trip to the mountains.

In observance of social distancing and in respect for the battle against COVID-19, a funeral service will be held at the Temple Mt. Sinai cemetery on May 31st and will only be attended by his immediate family. In lieu of flowers, please consider a donation to the Sierra Club or any cause committed to the outdoors and our environment. www.sierraclub.org

On Thurs, Sept 1, 2016, Dr. Alan took his last step out of the office and into Retirement.  Happy Trails Dr. Alan!

Dr. Alan Pittle is a graduate of the University of Maryland, where he earned his Bachelor of Science degree in Zoology with a minor in Chemistry. He then completed his medical studies at the Ohio College of Podiatric Medicine, where he graduated with honors.

Dr. Alan has lived and practiced in the El Paso area for over 30 years. He has been on staff at all of the major hospitals and has had surgery privileges at all of the surgical facilities in El Paso. He was the Chief of Podiatry and a member of the Executive Committee at Sierra Medical Center.

Dr. Alan and his wife, Mimi, have been married over 50 years and have 5 grown children and 11 grandchildren.

Since 1972, Dr. Alan Pittle has been proud to serve the Borderland and surrounding areas. 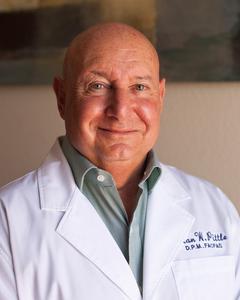 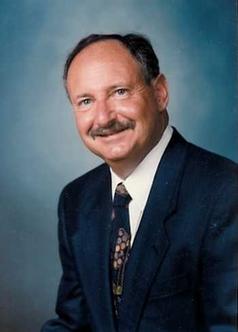